Did you know that the Walt Disney World Resort theme parks have a bunch of secrets? We've collected some of them here, all about the welcoming entry to Magic Kingdom, Main Street, U.S.A.!

When you're visiting Disney World (get discount tickets here) before or after Shameless Book Con 2020 – or if you're visiting any other time – be on the lookout for our secrets.

Which ones are YOUR favorites? Have we missed any?

1. Beneath the Magic Kingdom lies the Utilidor, a utility corridor where cast members can move undetected around underneath the park. The Utilidor has costume changing rooms, break areas for Cast Members, long hallways connecting each land inside Magic Kingdom, and even a barber shop which gives park-approved haircuts exclusively to Cast Members. Look for those "Cast Members Only" doors all around the park like the ones underneath Main Street's railroad overpass – just don't open them if you're not on the clock. Some are simple storage and break rooms but some are direct staircases down to the underground Utilidor! 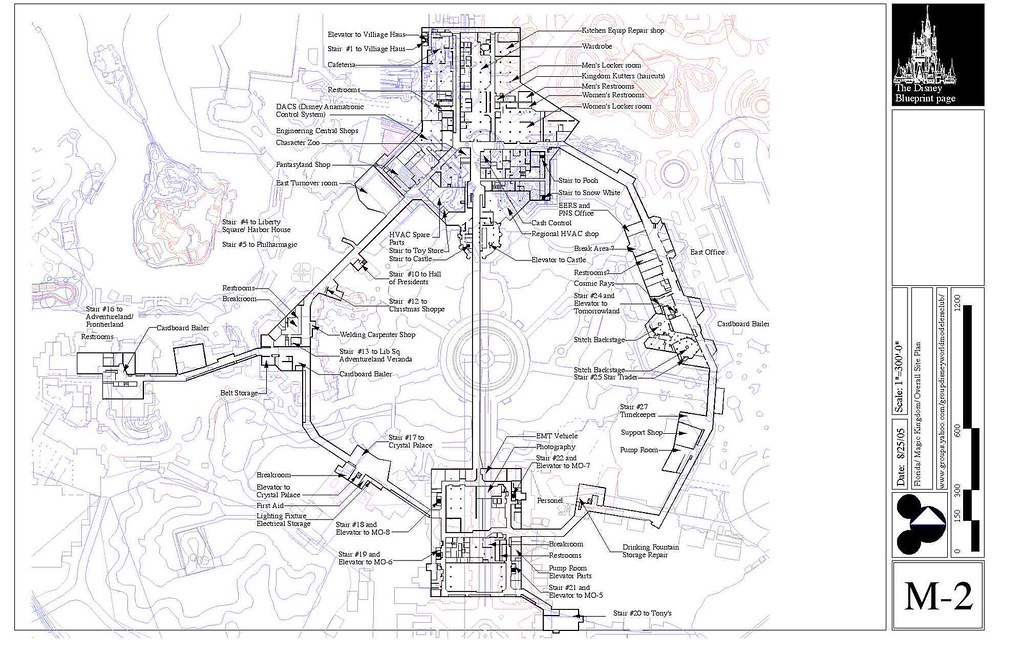 "Utilidor Plan" by enfilm is licensed under CC BY-NC-SA 2.0

2. As you climb the stairs to the Main Street Railroad Station at the entrance to the park, you may hear an old-fashioned telegraph sending out a message. It's actually a Morse code version of Walt Disney's opening day speech at Disneyland on July 17, 1955. 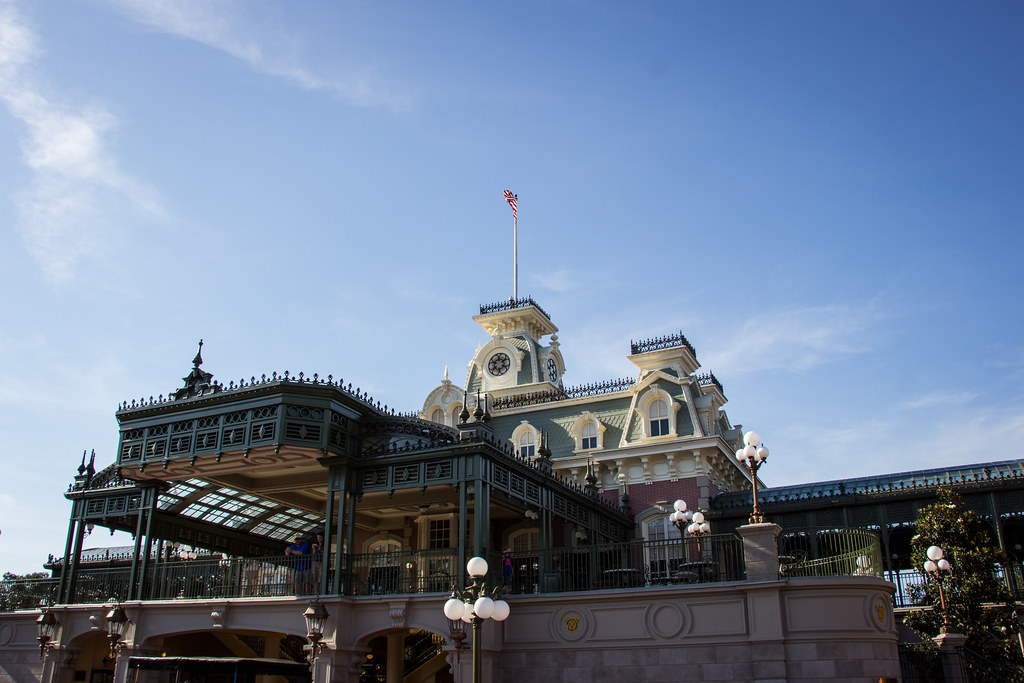 "Walt Disney World Railroad" by HarshLight is licensed under CC BY 2.0

3. Outside of Tony’s Restaurant along Main Street, there are paw prints in the pavement, left by none other than Lady and the Tramp themselves. 4. When walking down Main Street, look up at the “shops” on the second floors of the buildings. Many of the names up there are nods to Disney Imagineers. One window says it's Walt’s office, and the light is always on in his memory. 5. Look closely at the 2 floors over the Main Street shops. They only appear as tall as they look because of forced perspective. They're actually making up 1 floor of space currently used for Cast Member offices and meeting spaces. 6. If you go down the little alley that is halfway down Main Street where the Pandora jewelry store is, you can hear singing and dancing lessons going on at the “singing lessons” shops and “school of dance” located above you. 7. Every single American flag in Magic Kingdom is fake, except for the real one at the entrance to the park where they hold flag ceremonies each day. The others are either missing a star or have improper stripes. This way, Disney doesn’t have to follow flag protocol and take down the flags every night or in bad weather. 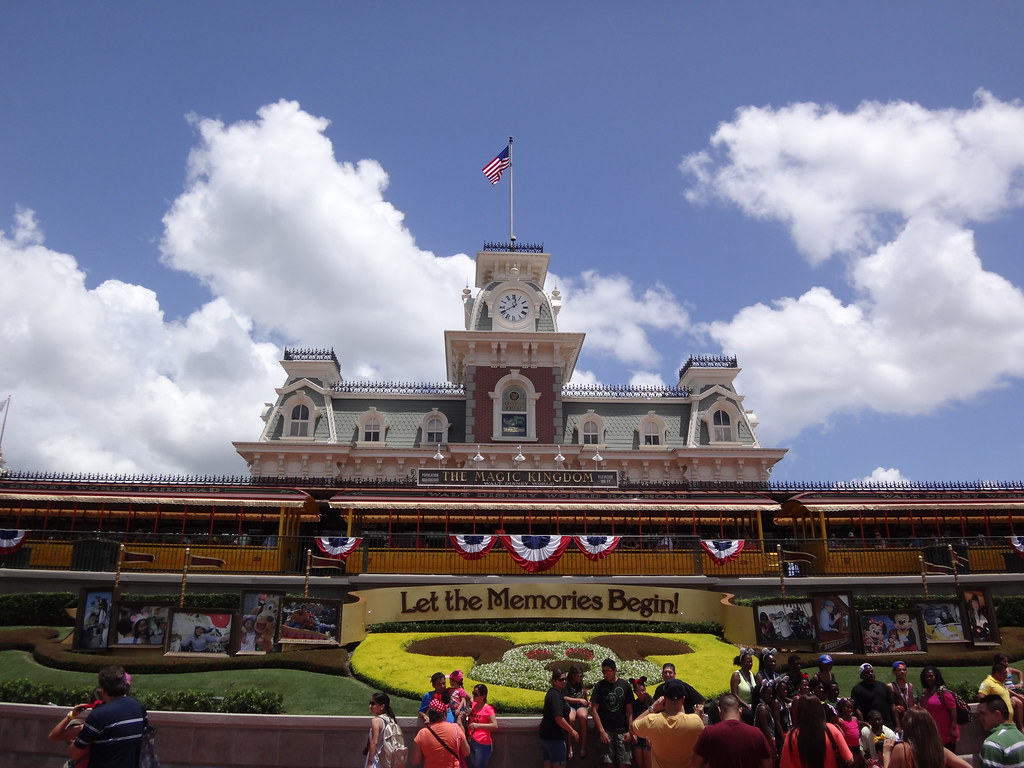 "Entrance of Disney's Magic Kingdom" by katsuhiro7110 is licensed under CC BY-NC 2.0

8. There is an antique phone in the Main Street Chapeau Hat Shop. Pick it up and listen to a mother and daughter’s conversation. There’s another phone in the Rocket Tower Plaza beneath the Astro Orbiter, which connects listeners to a Tomorrowland resident. 9. If you enjoy collectible card games, either for your kids or as an adult, Magic Kingdom has one that you can play for free! Each day, you can go to the Fire Hall on Main Street on the way into the park and pick up a free pack of Sorcerers of the Magic Kingdom cards for each ticket holder. (If you do a special event like Mickey’s Not So Scary Halloween Party or Micky’s Very Merry Christmas Party, you can get a special edition card, too.) Use the cards to battle Disney Villains through the park, or just keep them as a cool souvenir. If you enjoy trading cards, there are usually traders at Tortuga Tavern in the back room. But be wary – some of them are more honest than others, and a bit of internet research can help you make sure that your card trade is a good one. Still need your Shameless Book Con 2020 ticket? Get it now!